Mr. Chammah is an Independent Non-Executive Director of the Company. He currently serves as a partner of Chammah and Partners.

Mr. Chammah was the Co-President of Morgan Stanley & Co. and Chairman of Morgan Stanley International. He joined the firm in 1993, where he remained until 2012. Prior to Morgan Stanley, Mr. Chammah was a Managing Director at The First Boston Corporation and was responsible for U.S. taxable Fixed Income Capital Markets and the Structured Finance Groups. He became a partner at First Boston in 1987. Mr. Chammah currently sits on the boards of the American University of Beirut, SCF Sovcomflot and Bucherer USA. He is also an advisory board member of SIGNA Group and a senior policy advisor for I Squared Capital and HEC Montreal.

Mr. Gundlach is an Independent Non-Executive Director of the Company.

Since 2018, he has served as co-CEO and President of Bleichroeder LP, an investment firm demerged from First Eagle Investment Management, where Mr. Gundlach was employed since 2005 as a Senior Analyst or Portfolio Manager, and also served since 2004 as a member of the Board of the Directors of its parent company, Arnhold and S. Bleichroeder Holdings and then First Eagle Holdings. In 2015, Mr Gundlach initiated the sale of majority control of First Eagle Holdings to Blackstone and Corsair.

Mr. Gundlach previously worked in the Investment Banking departments of Morgan Stanley and JPMorgan. He received Bachelor and Master of Science degrees from Georgetown University’s School of Foreign Service and an MBA from Columbia Business School, where he currently serves on the Board of Trustees and is also an adjunct faculty member teaching investing courses. Mr. Gundlach is a member of the Council on Foreign Relations, where he serves on its Investment Committee. 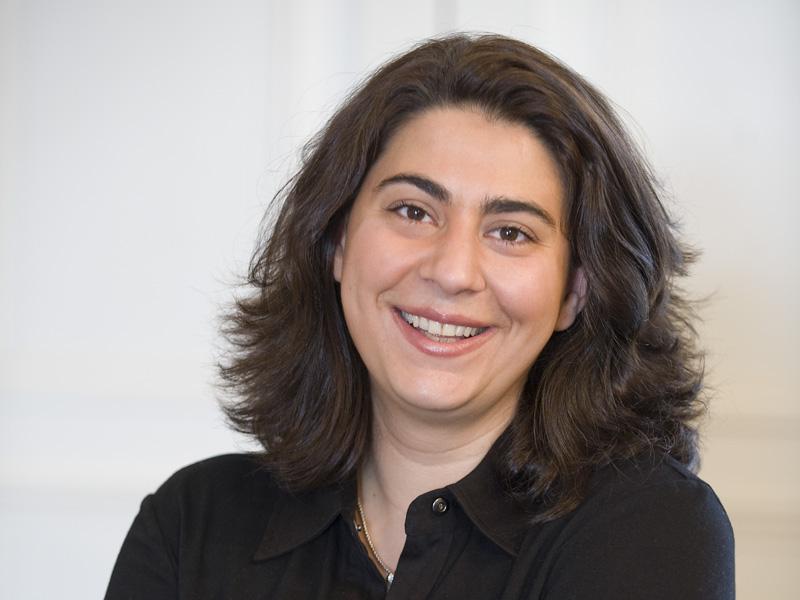 Ms. Cynthia Tobiano is an Independent Non-Executive Director of the Company. She currently serves as the Deputy CEO of Edmond de Rothschild S.A.

Ms. Tobiano began her career in investment banking at Goldman Sachs in 2000, and was named Vice Chair of the Paris-London Mergers and Acquisitions team. She joined Edmond de Rothschild France in 2011 as CFO and Head of Development, and was a member of the management committee and the executive committee. Beginning in 2013, she was appointed as the Head of Strategy and Head of Finance, Treasury and Credits at Edmond de Rothschild Switzerland, and has served as Deputy CEO since 2019. She has been a member of the Board of Cogifrance SA since March 2021.

Ms. Tobiano received a Bachelor of Arts from Brandeis University and a Master of Business Administration from the École Supérieure des Sciences Economiques et Commerciales.

He began his 22 year career at Morgan Stanley in 1986 in New York and led some of the firm’s major transactions on both sides of the Atlantic. He moved to London in 1990 and became Chairman of European M&A in 1999, leading Morgan Stanley to the top of European league tables for several years. In 2006 he was promoted to Vice Chairman of Institutional Securities, a position he held until retiring from the firm. Prior to his career at Morgan Stanley, Michael worked at Banque Rothschild in Paris and the consulting firm MAC in London.

Mr. Zaoui is a graduate of Institut d’Etudes Politiques in Paris, of Université de Droit Pantheon-Sorbonne, and of Harvard Business School; he also did graduate research in Finance at the London School of Economics. He is a member of the Belfer International Council of the Harvard Kennedy School, a former Governor of the SouthBank Center and a member of the Royal Commission for Economic Development of Morocco.

Mr. Yoël Zaoui is Co-CEO and a member of the Board of Odyssey Acquisition and a Sponsor Principal. Mr. Zaoui is a Co-Founding Partner of Zaoui & Co., and the former Co-Head and Head of Goldman Sachs’s Europe M&A, Europe Investment Banking and Global M&A.

He began his career at Goldman Sachs in 1988 in the Mergers and Acquisitions department in New York and moved to London in 1989. During his 24-year career at Goldman Sachs, he was responsible for some of Europe’s largest and most defining corporate transactions in a period of unprecedented growth. He was one of Goldman Sachs’s pioneers in its expansion and leadership in Investment Banking in Europe and became a Partner in 1998. Mr. Zaoui was the first European investment banker to have joined Goldman Sachs’s select Management Committee, a position he held from 2008 until 2012. Prior to Goldman Sachs, Mr. Zaoui worked at Arthur Andersen in Paris.

Mr. Zaoui holds a diploma from the Ecole des Hautes Etudes Commerciales in Paris, a DEA doctoral degree in Finance from Université Paris-Dauphine and an MBA from Stanford University.